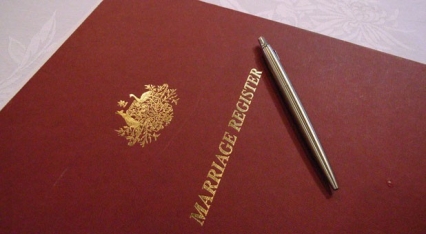 A move by the Anglican Church in New Zealand to allow for the blessing of same-sex unions has led to a strong statement from the Diocese of Sydney.

The Synod of the Anglican Church of Aotearoa, New Zealand and Polynesia (ACANZP) passed a resolution known as “Motion 29”, which although affirming that the Church’s teaching that marriage is between a man and a woman, calls for changes to the constitution to allow for “a non-formulary service” to bless same-sex relationships.

The Diocese of Polynesia will, however, not implement the change. Members of the Synod of Polynesia are opposed to the blessing of same-sex relationships and the countries which make up the Diocese - Samoa, Tonga and Fiji – do not recognise same-sex unions.

At its first meeting since the decision, the Standing Committee of the Diocese of Sydney passed a motion which “notes with deep regret that the Anglican Church in Aotearoa, New Zealand and Polynesia has amended its Canons to allow bishops to authorise clergy to bless same-sex unions”.

The Committee also conveyed to the Primates of the Anglican Church in Aotearoa, New Zealand and Polynesia that it ‘notes with regret that this step is contrary to the teaching of Christ (Matt 19:1-12) and is contrary to Resolution I.10 of the 1998 Lambeth Conference.”

Further, the Diocese expressed “support for those Anglicans who have left or will need to leave the Anglican Church in Aotearoa New Zealand and Polynesia because of its abandonment of biblical teaching, and those who struggle and remain; and prays that the ACANZP will return to the doctrine of Christ in this matter and that impaired relationships will be restored.”

At the same time, there have been two separate statements on the issue of same-sex blessings from the Church of Ireland and the bishops of the Anglican Church of Australia.

The Irish statement said there was "little appetite" among congregations continue discussing issues of human sexuality.

"Thus… marriage may be solemnised only between a man and a woman," the statement reads. "No liturgy or authorised service is provided therefore for any other situation."

In Australia, a bishops meeting had earlier made a similar statement.

The bishops affirmed that “The doctrine of this Church is that marriage is a life-long union between a man and a woman.”

The statement the bishops committed to act within the framework of the Constitution and Canons of the Church, and to encourage those under their episcopal oversight to do so.

“At this time there is no authorised liturgical recognition for a same-sex marriage (under the Marriage Act 1961) or for the blessing of a same-sex union.” the Australian bishops said. “In light of this Church’s doctrine of marriage, it is not appropriate for church buildings and halls,and chapels owned by Anglican schools and other Anglican organisations to be used as venues for same‐sex marriages.”