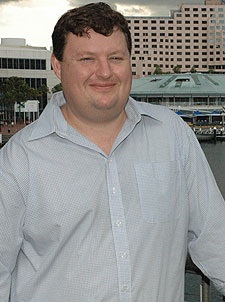 Pyrmont Anglican Church, known as Peninsula Community Church (PCC) to its parish, held its final service on December 30 after an exciting five years of experimental ministry.

The Rev Joe Wiltshire spent just one year as the church's leader, concluding as curate in charge on January 13 before moving to St Phillip's, York Street, where he is now an assistant minister.

The church, which was meeting in the Pyrmont Community Centre started as an independent church planted in 2002 by the Rev Stuart Robinson, currently the rector of St Paul's, Chatswood, and a team of five couples who were earnestly praying for ministry to the Pyrmont area since the 1990s.

The church reached a peak of 60 members before Stuart left in 2005 leaving the core group without a leader for 18 months.

Mr Wiltshire says PCC members were running creative and mission-minded events throughout the brief life of the church. A children's music group on Friday mornings was extremely successful in attracting people to the church premises with over 30 attending the group most weeks.

"The trouble was they would come from all over Sydney for the music program but the challenge was always getting them to church on Sunday," Mr Wiltshire explains.

Weekly church attendance dropped to around 25 during 2006 during the 18-month interim and did not grow sufficiently to cover PCC's rental costs let alone a minister's stipend.

"No money is what killed us. They were a high giving congregation, giving up to four times the diocesan average because the couples were committed. But we knew that we had to grow rapidly over the year to first survive and then push forward and that was always going to be a big challenge," he says.

Numerous people became Christian while at PCC and many of the congregation members have relocated to a variety of city churches, many moving to St Andrew's Cathedral.

"We thank God for the people who came to Christ through the years. We saw four become Christian in 2007 alone. It was not a financial success because a few new converts won't fund a church but the money we used was well spent," he says.

Bishop of South Sydney Robert Forsyth says the launch of Pyrmont as an independent church was a worthy risk, but failure was not inevitable.

"Anytime you take chances you have the possibility of failure. The trouble is the cost of ministry with a full time minister in a place like Pyrmont is so steep and we tried to get to that stage too quickly and launched too early," he says.

"With hindsight you wonder whether this has taught us a lesson about trying to grow churches in extremely expensive areas where you don't own buildings."

Mr Wiltshire says the question remains "how do you reach an expensive suburb full of security high rise buildings?'

It is one he will have to answer at York Street as will St Andrew's Cathedral staff as they take over responsibly for ministering to the parish of Pyrmont.