Sharing the food and faith love at Greenacre

It’s fresh food pantry day at Greenacre Anglican, and the volunteers are busy packing bags with fruit, vegetables, bread and other essentials for the 80-85 customers they provide for each fortnight.

The reason they’re so busy is that numbers have doubled since COVID began, according to Katie Thompson, one of the co-ordinators of the pantry.

“Beforehand, we wouldn’t have thought we could do 80 people, but God has given us the strength and provided everything we need,” she says. “We’re very thankful that God provided extra people over this time… we’ve had about 20 different volunteers. We’re a small church, quite missional, but most of the volunteers come from other churches around Sydney.” 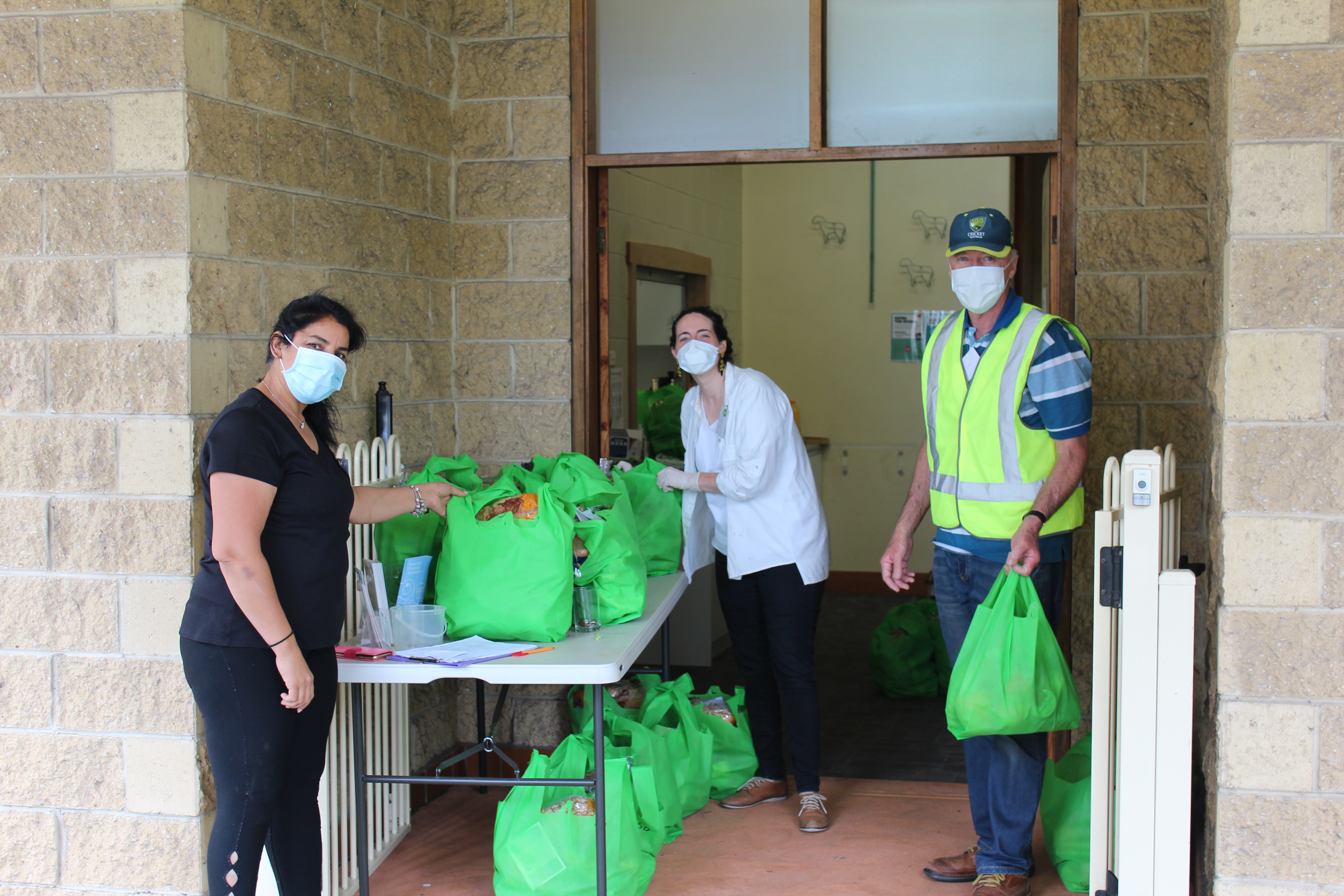 Greenacre has held a fortnightly pantry for about four years – initially with the long-life food van – then moved to the fresh food pantry two years ago.

Each fortnight their driver from Anglicare, Ron Piilau, picks up the fruit and veggies from Foodbank and delivers it to the church. A pack is packed full for each customer – who all have an immigration card, a pension card, a low-income health care card or a referral from one of the church staff – and then four or five volunteers stay to hand the bags out as people arrive.

“... we’ve actually found the depth of conversation we’ve been able to have is greater.”

“It’s a big bag for $2,” Miss Thompson says. “They used to come through, walk past the tables, we’d give them maybe two tomatoes or five carrots and so on, and they could say, ‘I won’t eat this, or that’. Now because we need to pack the bags ourselves, if they don’t want something in it they can give it to their neighbour.”

Prior to COVID, the church also hosted a morning tea on pantry day. People would sit down, be served coffee by some of the older ladies from the parish and enjoy time in conversation together.

The morning teas aren’t possible at the moment, yet Greenacre hasn’t missed a single pantry day, pivoting immediately to a drive-through option, as well as delivering a bag of groceries to some people in their homes. 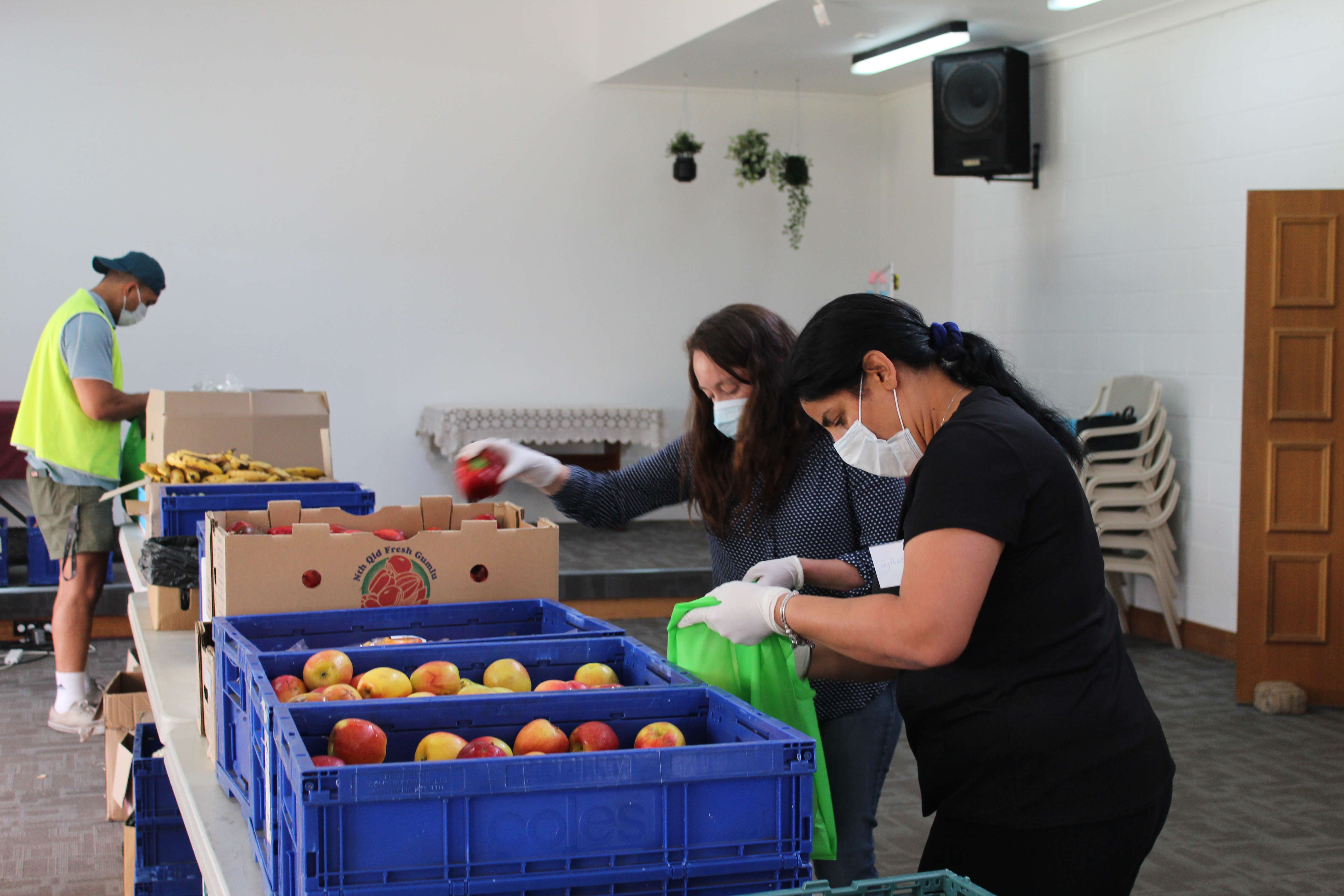 “We’ve also been giving out lots of bibles in different languages – especially when we were in lockdown – and lots of Jesus DVDs,” Miss Thompson says.

“When we had to move to the drive-through it’s less relational as we don’t have that extended time with people, but we’ve actually found the depth of conversation we’ve been able to have is greater.”

That has happened, she believes, because members from the church have an established relationship with a number of customers, which has developed a level of trust.

“We ask them how they’re going, how are their family members – remembering things you’ve spoken about before – and we offer to pray for them if they would like us to. With the DVD and the Bible we talk about how it’s comforted us during COVID, and the hope that Jesus gives. It’s nothing super-fancy but it’s giving people the opportunity to think more.”

Miss Thompson says their customers are of all nations and all religions (or no religion), with varying experiences of church. Some have a refugee background, others migrated decades ago, some were born here... and their level of education and English also varies widely.

Yet while there is still some stigma attached to seeking help, “they come because they feel valued and they see it’s not just about the food – it’s about the relationships, too. And it’s a reciprocal thing. People will often bring in biscuits and all kinds of things because they just want to say, ‘Thank you’.”

She is concerned about what will happen as the downturn in Centrelink payments begins to bite. “We’re expecting more [will need food assistance] – the statistics are terrible in terms of western Sydney. But we all need a little bit of help sometimes and there’s no shame in that. It’s a Western value that says we’re in control of our circumstances, but COVID has shown us more than anything that we’re not.”

Miss Thompson encourages anyone interested in volunteering with a community pantry to contact Anglicare and find out where and when they are held.

“I’ve thought about this a lot – about people who make the sacrifice to come week after week,” she says. “It’s nice to have the warm fuzzies, to want to help and see this as something we should be doing, but it is costly to actually do it. So, we’re really thankful for the people who do.”

A place of hope opens in Sydney’s West