“We are struggling to make room” - Gospel growth in Western Sydney

Clergy and lay members rejoiced to hear that the gospel is flourishing in the Western Region parishes of Berala and Pitt Town as they voted to return these two provisional parishes to full parish status on the third night of Synod.

God has been faithful over half a century

“[Berala’s] been a provisional parish for at least 50 years,” rector the Rev Mike Doyle informed the Synod. Yet, despite this long struggle, God has been faithful – working alongside the parish as members sought to share the gospel.

It hasn’t been an easy task. As the demographic of Berala changes, so must the evangelism strategy. According to the 2016 Census, 79.1 per cent of Berala’s population speaks a language other than English at home. To accommodate this, and ensure the parish is proactively connecting with the community, Berala hosts international food nights, and provides multilingual services and Bible study groups in languages other than English. These efforts have resulted in many baptised as they come to know Christ plus a thriving kids’ and youth ministry.

Mr Doyle also said that Berala aims to begin a second service next March catering more to younger people, and continue to “make followers of Jesus and bring about growth in our members’ relationships with God and each other”. He hopes, in time, this will “raise leaders from within those languages and cultures” in the local community, so that the gospel can spread more easily without fear of miscommunication. 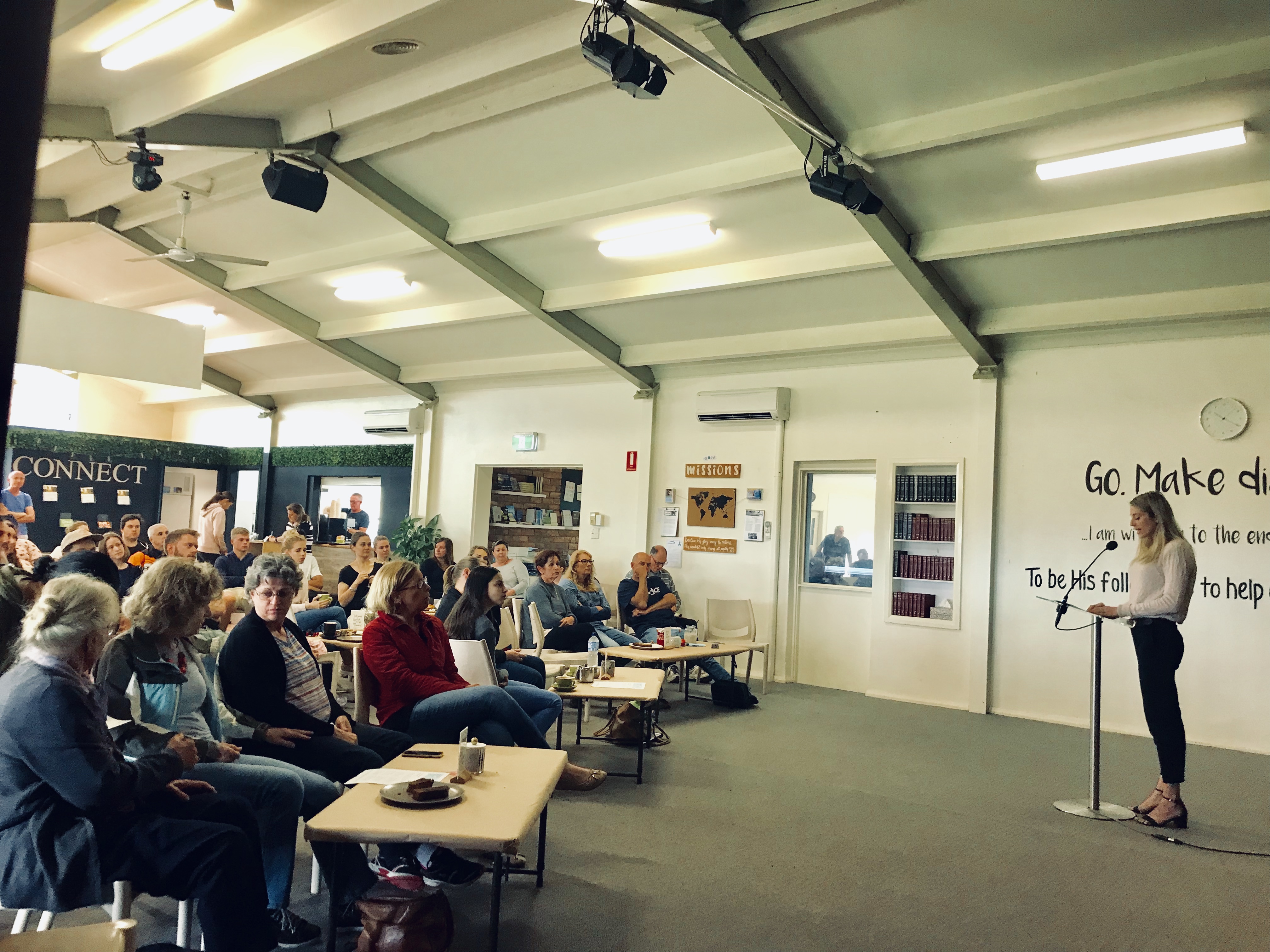 He also gave thanks for the many churches, groups and individuals that have supported and encouraged Berala’s ministry spiritually and financially – including the Rev Andy Chung and his wife Leisel, St Paul’s, Carlingford and the Rev Gary Koo, the Centre for Ministry Development and the Geneva Push, the Rev Bruce Hall, Peter Mayrick, the Rev Andrew Katay, Mark Leach and the parishes of Church Hill and Sutherland. Members of St James’, Berala were in the public gallery on the night, and were jubilant to see their parish reclassified.

The parish of Pitt Town, a 50-minute drive northwest of Berala, has also been undergoing a gospel revival. In 2000, rector the Rev Greg Peisley with his wife Sue (who were then working at Wilberforce) launched a church plant at nearby Arndell Anglican School with only 15 adults and 20 kids. Over the next 10 years the church plant grew steadily, with most of its growth coming through conversions within the school community.

Mr Peisley became rector of Pitt Town in 2008, and continued to run the church at Arndell until, three years later, the church plant decided to relocate from the school to Pitt Town to “allow [for] more opportunity to share the gospel with people who had no connection with the school”.

Since that time, the community’s eagerness to hear God’s word has caused attendance to grow so much that “we’re struggling to make room”, he cheerfully informed Synod. There is now a regular attendance of about 300 adults and 60-80 kids across four church services, plus more than 100 more kids at youth group.

"We are struggling to make room"

Results from the most recent National Church life survey showed that 12 per cent of Pitt Town’s members became Christian as a result of the parish’s ministry. The video accompanying the presentation noted that, “Over the past 20 years, our focus has remained on mission with well over 100 adults and young adults turning and trusting Jesus with their eternity”. It has also strengthened hundreds more in their faith.

“It’s been something that God has blessed and we’re very thankful for that,” Mr Peisley said. “It’s been a privilege.”

The theological explanation for the mental health issues facing our youth

Anglican Church in Armidale supports community through drought and fire