Where are all the senior ministers? 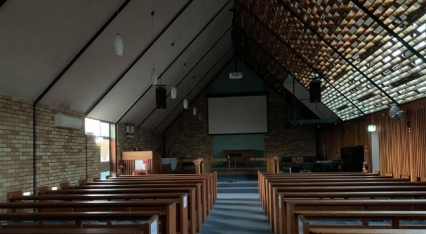 Currently there are around 30 vacant parishes in the Sydney Diocese. Generally vacancies last longer now, because there are fewer people putting their hands up for rector roles. That is seen across the Diocese. As Bishop of the Georges River, I certainly have had parishes that have taken more than two years to fill.

It’s discouraging for parishes when there is a vacancy. Churches cope differently with this but, generally speaking, most churches find this process difficult. It’s a human response to think, “Why doesn’t anyone want to come to us?”. We’ve all felt that before.

How the parish handles a long vacancy depends on whether there’s a ministry team to keep things running. It also depends on the existing lay leadership in a church. While parishes can run the mechanics of ministry (services, kids and youth), an uncertainty and a lack of direction can creep in. Many churches have done really well without a senior minister, even the ones that have waited more than two years, but it does put pressure on people that are there.

“It’s a human response to think, “Why doesn’t anyone want to come to us?”

Why are vacancies harder to fill?

There’s no one reason why churches are struggling to find senior clergy. It’s complex. One reason indicated to us is the burden on senior ministers now in terms of administration and compliance. This is an added pressure, given all their other ministry responsibilities.

For these reasons, some assistant ministers prefer to stay as assistants long term. They feel they can still be doing significant ministry without the hassles or responsibilities of being a rector.

Being a senior minister is hard. It’s okay that it’s hard. That should be an expectation in ministry. God chooses to use people to do hard things, and God is the one who enables us to do what is hard. We shouldn’t shy away from hard ministry, because all ministry is hard by nature.

We need to train more clergy

Another reason why more churches are remaining vacant is there aren’t enough people being trained for ministry. There seems to be fewer people putting their hands up for ministry, and even fewer putting their hands up for ordained Anglican ministry. Maybe, in our churches, we are encouraging people less? If we’re encouraging them into ministry, not enough are being encouraged into Anglican ministry.

Sometimes we are not generous with our people for the kingdom work, because we wonder who will do what they do. But God will provide.

We need to be actively encouraging people to go into ministry and go to Moore College. Part of that is being willing to be generous in losing your most gifted people – because they’re the ones you want to send to college for the sake of the gospel, trusting God will provide for your church. Sometimes we are not generous with our people for the kingdom work, because we wonder who will do what they do. But God will provide.

Keep identifying people for ministry. We want to have intentional conversations with people who have good gifts and who have shown themselves to be faithful in ministry. Encourage them to consider ministry. What if churches had a fund where they set money aside for people from their church to train for ministry? That’s one idea for keeping it on the agenda. That way, when God raises someone up, you can encourage them into ministry and support them.

Train them to be Anglican ministers

My view is that Sydney needs to be very generous about sending people. As far as I can tell, we are happy to see people go. I’ve got a policy that I will never try and talk someone out of going somewhere outside Sydney if they want to serve in other parts of Australia or overseas.

As much as we are lacking senior ministers, and clergy, we are very well-off comparatively.

Humanly speaking, were the Sydney Diocese to decline it would have a massive impact on gospel ministry elsewhere, so we need a strong Sydney Diocese to continue to send people around the country and the world. Preparing and training more clergy will help this happen.