Real freedoms will end the broken chain of exemptions 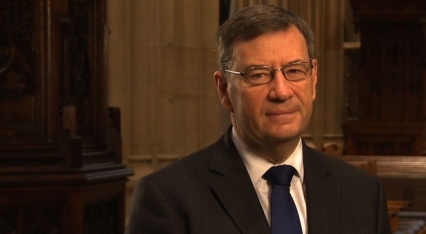 Bad legislation is made in a rush. But when it comes to religious freedom we already have bad legislation and there seems to be no urgency to fix it properly–just a rush to create more.  Last month, in the absence of the findings of the Ruddock Report on Religious Freedom, we had a leak that was simply an attempt to scupper the Ruddock ship while still in the docks, by the mischievous misrepresentation of its recommendations. The same has happened with last week’s Open Letter from the Heads of our Anglican Schools in Greater Sydney and the Illawarra.

The misrepresentation was made possible by the fact that the only mechanism faith-based schools have for preserving their ethos and values is exemptions in the Sex Discrimination Act 1984.  This immediately frames the debate in terms of sex and discrimination. I have described this previously as clumsy. I was too kind. It is misleading, confusing and totally unsatisfactory.
Let’s be very clear, before you read any further. Anglican schools in Sydney do not expel students for being gay and do not sack teachers for being gay. It is an absurd proposition and it strikes at the very heart of our faith, that all people are created in God’s image and valued in his sight and in our schools. It also strikes at the nature of our schools that are open to everyone, without discrimination, for parents who desire an education for their children in the Anglican tradition. Our schools do not discriminate in these areas. As I stated publicly some three weeks ago:  ‘We would gladly support any amendment to the Sex Discrimination Act 1984 which would clarify this.’

The Sex Discrimination Act was introduced by the Hawke Government and, regrettably, relegated religious freedom to the unsatisfactory category of an exemption. In other words, it legislated the rights of schools to discriminate. This was never asked for by church leaders and has always been considered by us as tantamount to marginalising religious freedom. Worse, it placed us in the invidious position of being described as those who discriminate against students and staff, rather than being put positively, where a school had the right to employ staff who were committed to the Christian ethos of the school. A fundamental community expectation recognises the rights of organisations to hire staff who uphold their values. You wouldn’t expect the Liberal Party to hire a communist any more than the Labor Party would hire someone who was anti-union.

In 1984, the categories for the exemptions were ‘sex, marital status and pregnancy’. However, in 2013, the Gillard Government decided to add the categories of ‘sexual orientation, gender identity, intersex and relationship status’ as new protected attributes. There was good reason for inserting these new areas of prohibited discrimination in the body of the Act, but the way it was done was inept. The fact that the Sex Discrimination Act has, on average, been amended by Parliament once every year for over thirty years, speaks volumes.
So when the Heads of our Anglican Schools wrote their Open Letter, the subject at hand–stated quite clearly–was religious freedom, the right to run a school in accordance with its tenets, beliefs and values. They pointed out that schools never used these exemptions in the area of sexual identity and orientation. They neither wanted them nor requested them. To do so would have gone against the very ethos of an Anglican school, which welcomes all students.

However, the publication of the Open Letter has poured a vat of vitriol upon the Heads of some of the most respected schools in the country. Reaction to gossip across social media has galvanised signatures on petitions for a cause with which the Heads of Schools are in fundamental agreement!

.....the landscape of Anglican education has not changed.

The Open Letter’s reference to retaining the exemptions (for example, allowing single-sex schools to enrol only students of one sex) was in response to a Bill from the Australian Greens, which sought to delete the entire section. Besides, for thirty-five years this has not been an issue in the public sphere, despite our own criticism of the lack of a positive protection for religious freedom. Yet any fair reading will reveal that the thrust of the letter was to advance the case for protecting religious freedom for Anglican Schools in particular, and across the educational sector as a whole, including schools of different faiths and those of no faith.

I commend the Heads for their courage in sending this message to the members of Federal Parliament. I also commend them for their resilience in the face of such stringent opposition and misunderstanding from some alumni of their schools, who have simply missed the point. Given the misleading nature of the ‘exemptions’ regime, I can understand their confusion, but the landscape of Anglican education has not changed.  Anglican schools neither discriminate against gay students nor do they wish to have the right to do so. The Heads want the Parliament to provide positive protection for religious freedom. When the current vacuum is filled¬–not by rumour and misinformation but by the release of the Ruddock Report–we can finally leave behind our broken mess of exemptions and move toward the positive protection of religious freedom.

This article, by Archbishop Glenn Davies, originally appeared in The Australian newspaper on Tuesday 6 November.