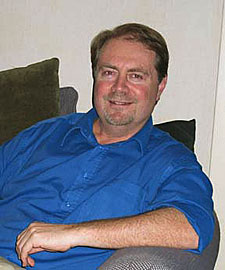 Ecclesiastical charges have been filed by a Canadian Bishop against former Sydney Anglican, the Rev David Short and one of the world’s top Anglican theologians, Dr J.I. Packer.

Bishop Michael Ingham has launched legal action over the vote by their congregation in Vancouver to seek alternative oversight from a South American bishop.

The congregation of St John’s, Shaughnessy voted overwhelmingly in mid-February to break with the Anglican Church in Canada.

St John’s, Shaughnessy, which is the largest Anglican church in Canada, voted to seek episcopal oversight from Archbishop Gregory Venables of the Diocese of the Southern Cone.

The parish has more than 700 members, and has been opposed to the support of same-sex blessings by their local bishop - Michael Ingham -  since 2002.

Mr Short has served in the Anglican Church for 15 years in Canada and 10 years in Australia. Dr Packer is a respected theologian and historian, with an international reputation for his work stretching more than 40 years.

He is also widely known and respected in Protestant churches outside the Anglican Communion for books including the classic, “Knowing God”.

The charges not only involve revocation of licence, but also seek to nullify the ordination of Mr Short and Dr Packer.

The canon being used by Bishop Ingham says - “The bishop’s affirmation of abandonment of the exercise of ordained ministry removes from the priest or deacon the right to exercise the office, including the spiritual authority as a minister of Word and Sacraments conferred in ordination. Any licence held for which it is an indispensable qualification for him or her to have such a ministry shall be null and void.”

In Sydney, Anglican Church League President Dr Mark Thompson released a statement of support for Dr Packer, saying the ACL notes with alarm the Bishop of New Westminster's threat to revoke his "spiritual authority as a minister of Word and Sacraments'.

Dr Thompson says “Professor Packer, one of the leading Christian voices of the twentieth century, is amongst those who have voted to stand with authentic and orthodox Anglicans rather than those who have undermined biblical truth over many decades and most recently by their innovations regarding homosexual practice. As one of these he has now become a target for revisionist aggression. Once again the intolerance and anti-liberal heart of liberal Christianity has been exposed.”

He says Dr Packer continues to be held in the highest regard by all those who seek to live in faith and obedience to the Scriptures as the written word of God.

The ACL President described the English-born academic and preacher as a “remarkable example of faithfulness and steadfastness for more than fifty years. We in the ACL assure him of our love, support, and continued prayer for him at this difficult time.”

Before the unprecedented action, Archbishop Venables had told Canadian Radio he hoped the issue could be resolved and described the episcopal oversight as a temporary move spurred on by conscience: “..these people cannot say that they agree with their local church, with the national church where they are, but they want to remain within the Anglican Church and " since they can’t remain within the Anglican Church if they leave the Canadian Church and don’t go anywhere else " they are coming to us for shelter until the situation is resolved. We hope it will be a temporary thing and that something more practical and able to be worked out locally will come out of this in the long term.”

However Archbishop Venables said the issue was not solely about homosexuality.

“This is about two versions of Christianity which are in a strong state of difference. You’ve got the original biblical Christianity which the church, the Christian church throughout the world has held to over the past 2000 years and then you’ve got this new liberal postmodern Christianity which has evolved especially in the western world over the last 100 years or so. It’s like two ships that have gradually pulled apart and can no longer really sail together and the trouble is, it’s pulling the church apart as it does that.”

Being online is not enough