Anglicans with backgrounds in the Army, Navy and Air Force have participated in services across Sydney and Wollongong as Anzac Day fell on a Sunday this year. While crowds were restricted at official events, many people also came to church services where the sacrifice of the Anzacs was spoken of in Christian terms and related to the sacrifice of Jesus.

“We don’t celebrate a great strategic victory on ANZAC day,” the Rev Andrew Nixon told the congregation at St Andrew’s Cathedral, Sydney. “On Anzac Day we remember – and if we celebrate anything – celebrate is not the right word – we celebrate not war, but sacrifice.”

Mr Nixon served as a Lieutenant Commander in the Navy prior to entering the ministry. He is now a reserve Navy chaplain. 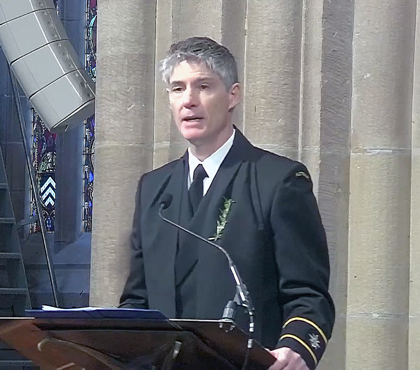 “What makes the Anzacs special is their sacrifice, and the same goes for all who have followed – on the Western front, in WW2, Vietnam, Iraq, Afghanistan. We remember them all, and we honour them all today, because of their service – they became our servants – and because of their sacrifice – their sacrifice for us. In the ancient world, BC – Before Christ, no one celebrated humility or self-sacrifice. That was absolutely unheard of.  It would have been considered an absurd idea. Conquering victory was celebrated. Power and prestige were celebrated, but not sacrifice. But Jesus of Nazareth changed the course of history for us and whether you follow him or not, whether you recognize it or not, he changed the way we all think.”

Today, there are 31 ANZAC cemeteries, and 6 ANZAC memorials on the Gallipoli Peninsula. It is a landscape dominated by crosses small and large. Each and every cross reminds us not only of the sacrifice that individual soldier made, but points us to the one great sacrifice made for them, and us, all mankind. - The Rev Andrew Nixon

Australians paused to remember the fallen across the country today, from the large official ceremony in Canberra attended by the Prime Minister to smaller suburban ceremonies like the Dawn Service at Loyalty Square, Balmain attended by Opposition Leader Anthony Albanese.

The Balmain address was given by Defence Anglican and former Air Force pilot, the Reverend Steve Gibbins of Vine Church, Surry Hills. “The impact of the sacrifice is captured in a sentence which is written across the world on the occasional cenotaph – like the one in front of us today at Balmain. It’s a sentence that a friend of mine in the Army – who just got back from a deployment in Afghanistan, after missing the birth of his third child – has had tattooed on his arm. It’s a sentence that, as my mate’s arm suggests, people in the military draw great inspiration from. And the sentence is this: ‘Greater love has no one than this: to lay down one’s life for one’s friends.’" Mr Gibbins told the crowd. 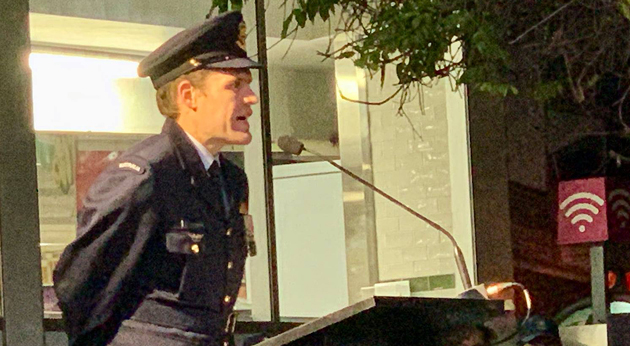 "That’s what Jesus has done. He stepped into our great danger and brought us peace with God at great cost to himself. The reason we in the Defence Force draw significance from this, is because this isn’t a commander in his cosy office, barking orders but never entering the fight. Jesus was willing to die, to pay the ultimate sacrifice for his friends. The reason we find the laying down of one’s life for the life of another so meaningful is because God has done that for us. Today, we’re remembering and honouring every person who has laid their lives down so that we might live." 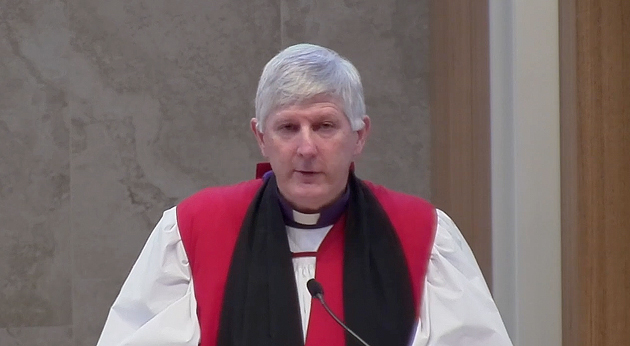 The Anglican Bishop to the Defence Force, former Army Colonel Grant Dibden, spoke at a number of churches include a televised service for Anglicare communities.

1.
Cults pursue online converts
2.
What comes after Freedom Day?
3.
The people who haven’t come back to Church
4.
A message for Sorry Day and Reconciliation Week

What I learned doing MTS during Covid

[Review] The Bible: A Brick Film